Worimi Promo is the promotional product division of Worimi Collective, owned and operated by Worimi man Jay Walton who has been designing and producing an impressive range of bespoke garments and promotional merchandise for some of the worlds leading brands since 2001.

Our website has been carefully curated to offer our clients a diverse range of stock promotional products which can be delivered world wide in the shortest possible time frames using local suppliers, whilst offering a custom product design and offshore sourcing service where we bring your ideas to life.

The 3 rings icon in our logo represents the waterhole (as well as campsites) in Indigenous art and the turquoise green elements on our website represent the pristine waters of Forster / Tuncurry in the Great Lakes region of NSW that The Worimi and Jay call home.

This is Jay’s subtle way of storytelling through a brand and what he loves to do.

Speak to Jay today about bringing your next promotional campaign ideas to life by calling 1300 722 321 or emailing jay@worimicollective.com

Before contact with settlers, their people extended from Port Stephens in the south to Forster / Tuncurry in the north and as far west as Gloucester.

British colonists had a perception that Worimi people were taller and stouter than those living around Sydney and were more prone to laughter than tears.

The Worimi were divided into 4 bands.

The Australian Agricultural Company was established upon an act of the British Parliament in 1824. The aim of the legislation was to further the cultivation and improvement of what it termed ‘waste land’ in the colony of New South Wales. In January 1826, a company agent, Robert Dawson (1782–1866), set up camp near the shoreline at Port Stephens. He confined his settlement activities to the coast, with farms on Stroud creek, outposts on the Manning River, stock-mustering in Gloucester Vale. Despite good reports, according to a modern historian, Dawson’s numerous improvements, were judged inadequate and the area around Port Stephen was seen as disappointing, with useless outskirts, the central zone rocky, steep and the Gloucester flats water-logged: sheep suffered from foot-rot  The Company wanted to push beyond the hills that hemmed the settlement in, and Dawson was dismissed for mismanagement and replaced by the Arctic explorer, William Parry.

Dawson himself soon after published a vindication, and then a glowing account of the area, together with an account of the Worimi. He found the Worimi a ‘mild and harmless race’, and attributed any harm they might cause to the maltreatment they received from settlers, who elsewhere had been shooting them like dogs.

Of the situation around Port Stephens, he wrote –

There has, perhaps, been more of this done near to this settlement, and on the banks of the two rivers which empty themselves into this harbor, than in any other part of the colony; and it has arisen from the speculators in timber. The natives complained to me frequently, that ‘white pellow’ (white fellows) shot their relations and friends; and showed me many orphans, whose parents had fallen by the hands of white men, near this spot. The pointed out one white man, on his coming to beg some provisions for his party up the river Karuah, who, they said, had killed ten; and the wretch did not deny it, but said he would kill them whenever he could. It was well for him that he had no white man to depose to the facts, or I would have had him off to jail at once.

The Worimi fostered, cared for and lived on resources found within their country.

Marine food, especially shell-fish were favoured by people living closest to the sea. Due to the reliability of this resource it may have been preferred over land animals and vegetables. The latter two were used as supplementary foods and added variety to their diet. Animals that were abundant included kangaroos and goannas, possums, snakes and flying foxes. Vegetables eaten included fern roots, stalks of the Gymea lily, and the bloom of the banksia.

Today the Worimi Local Aboriginal Land Council  is working closely with Worimi descendants to provide opportunities that promote, foster and protect the culture and heritage. In July 2016, the New South Wales government recognized 5.9 ha (14.6 acres) of the suburb of Soldiers Point as a place of historical value for Aboriginal people, noting the particular importance in cultural and spiritual terms that it held for the Worimi. 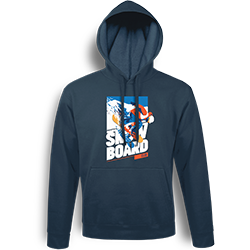 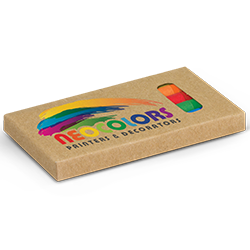 Direct to product digital printing involves the transfer of ink directly from the print heads of an inkjet machine to the product and can be used to produce both spot colour and full colour branding on flat or slightly curved surfaces.
Advantages
Limitations
Artwork Requirements
Digital Transfer 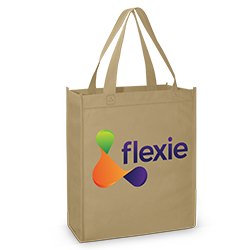 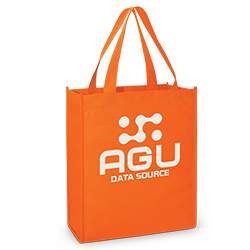 Screen printing is achieved by forcing ink through a fine mesh screen with a squeegee onto the product and is ideal for branding flat or cylindrical objects.
Advantages
Limitations
Artwork Requirements
Silicone Digital Print 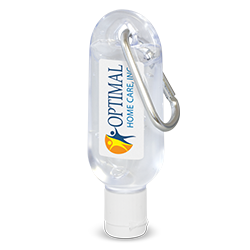 Digital adhesive labels are used to brand products that cannot be branded with any other method. They are printed with a digital printing press and applied to the product.
Advantages
Limitations
Artwork Requirements
Resin Coated Finish 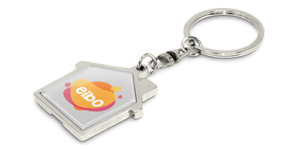 Resin coated finish is produced by printing the artwork onto a vinyl material with strong adhesive on the reverse. The branded area is coated with a crystal clear resin which is allowed to dry. Once dry, the finished decal is applied to the product and the adhesive forms a permanent bond.
Advantages
Limitations
Artwork Requirements
Rotary Screen Print 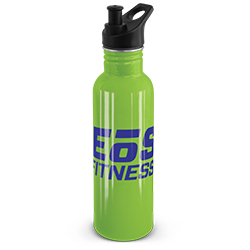 Screen printing is achieved by forcing ink through a fine mesh screen with a squeegee onto the product and is ideal for branding flat or cylindrical objects.
Advantages
Limitations
Artwork Requirements
Embroidery 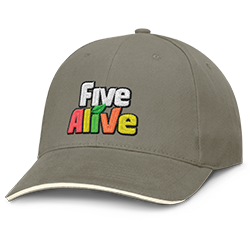 Embroidery is an excellent way of branding bags, apparel and other textile products. It offers higher perceived value and a depth of branding quality which other processes can’t match and the finished image has a slightly raised effect. Embroidery uses rayon thread which is stitched into the product.
Advantages
Limitations
Artwork Requirements
Digital Print 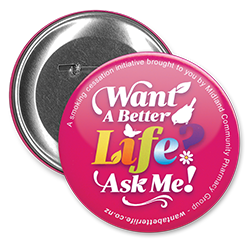 This production method is used for printing media such as paper, vinyl and magnetic material used in the manufacture of labels, badges and fridge magnets etc.
Advantages
Limitations
Artwork Requirements
Laser Engraving 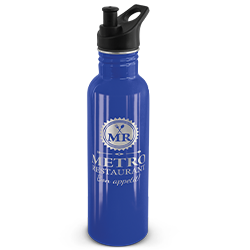 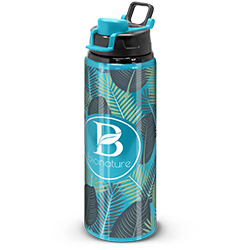 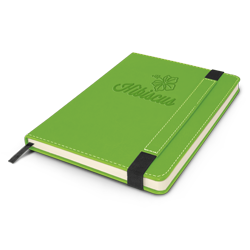 Debossing is produced by pressing a hot engraved metal plate into the surface of a product with a lot of pressure. This produces a permanent image below the surface of the product. Some products offer thermo debossing, which creates a stunning two-tone finish.
Advantages
Limitations
Artwork Requirements
Sublimation Print 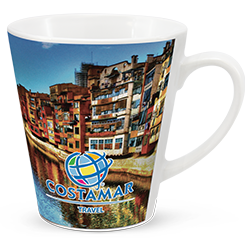 Sublimation print is used for branding products that have a special coating on them or fabrics suitable for the sublimation process. A transfer is produced by printing sublimation ink onto transfer paper and then heat pressing it onto the product.
Advantages
Limitations
Artwork Requirements
Imitation Etch 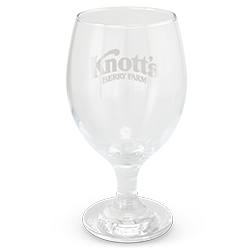 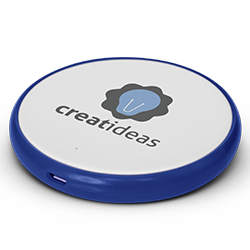 Pad printing uses a silicone pad to transfer an image to a product from a laser etched printing plate. It is one of the most popular and affordable ways of branding promotional products due to its ability to reproduce images on uneven or curved products and print multiple colours in a single pass.
Advantages
Limitations
Artwork Requirements
Custom Product Specialists

Worimi Promo owner Jay Walton is passionate about ideas and building a product around an idea and has 20 years experience designing and manufacturing bespoke garments and promotional products for some of the worlds leading brands.

The whole reason Jay works in the design industry is because he loves the process of manifestation from an idea to a physical product and his very passionate about learning about his clients ideas and helping them bring those ideas to life.

Worimi Collective offer fully managed storage and distribution services as well as order fulfillment and pick and pack services on a national and global scale.

Contact us to learn more about our store and send services.

Worimi Collective has over 20 years experience delivering products on a nationwide and international scale using our network of freight partners.

Our team will offer the most affordable and reliable freight solutions based on shipment details, delivery deadline and location.

With storage services also available as well as “pick and pack” services we can offer a fully managed freight, storage and distribution package in multiple locations around Australia and the globe.

Worimi Collective is proud to be recognised as a Certified Supplier for Supply Nation, Australia’s first Indigenous supplier diversity council dedicated to growing the work opportunities available to Indigenous business across the country.

An Indigenous business that is majority-owned, controlled and managed by Aboriginal people or Torres Strait Islanders is eligible to become a Supply Nation Certified Supplier.

Businesses must meet rigorous certification criteria before Supply Nation will connect them to supply chains and there is a detailed auditing process in place for Certified Suppliers to ensure the continuing ownership of the business by verified Aboriginal and Torres Strait Islander owners.

To be eligible for Supply Nation certification, a business must be: